Everything you need to know about New Zealand events and coronavirus

Everything you need to know about New Zealand events and coronavirus

Read more
Coronavirus:Everything you need to know about New Zealand events and coronavirus

Elton John has been forced to cancel his two remaining Auckland shows.

A statement released by John's tour promoter said his two Auckland shows on his Farewell Yellow Brick Road tour have been rescheduled until January 2021.

"Despite the best efforts of a performer who never wants to disappoint his fans, upon further consultation from doctors and specialists, it has this evening been decided that Sir Elton John's two remaining Mt Smart Stadium, Auckland, performances will be rescheduled to Friday 15th and Saturday 16th January 2021," the statement said.

"I'm incredibly disappointed to have to reschedule my remaining Auckland dates and I want to send my sincerest apologies to my amazing fans for any inconvenience caused", said John.

"I always want to be able to give one hundred percent and I'm afraid that, right now, I'm not able to do that. I am grateful for the love and loyalty I have been shown by all of you and I can't wait to return in January next year to perform my final New Zealand shows."

Promoter Michael Chugg said "Elton's a performer, he puts everything into his live shows, and as you can imagine he's just devastated at having to postpone his Auckland dates. 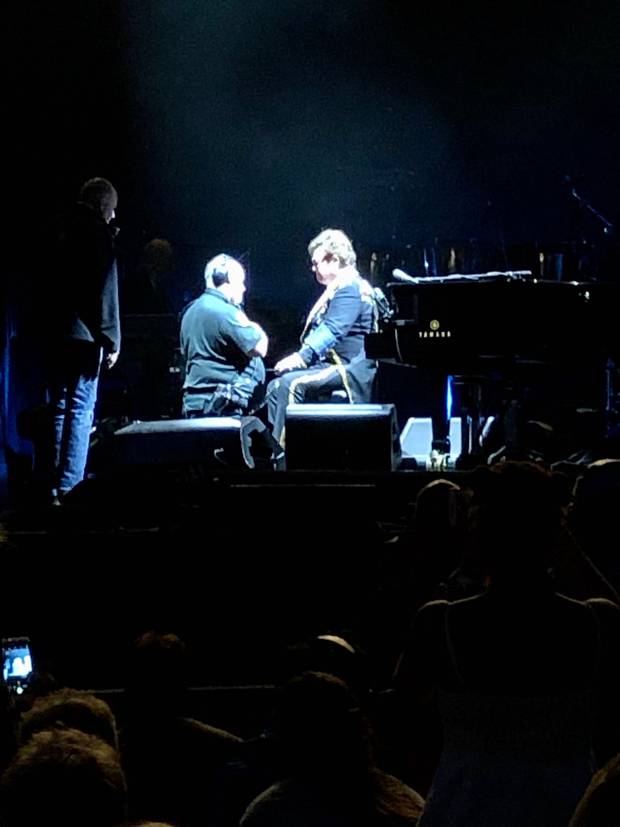 "He has to listen to his doctors and recover properly right now. But don't worry, you better believe he'll be back and better than ever in January next year."

Due to Elton John's international Farewell Yellow Brick Road dates filling the remainder of the calendar year, the performer will return at the earliest possible opportunity; January 2021.

Tickets for the Thursday 20 February show will be valid for Saturday 16 January 2021.

Those unable to attend the rescheduled shows next year can contact Ticketmaster to request a refund.